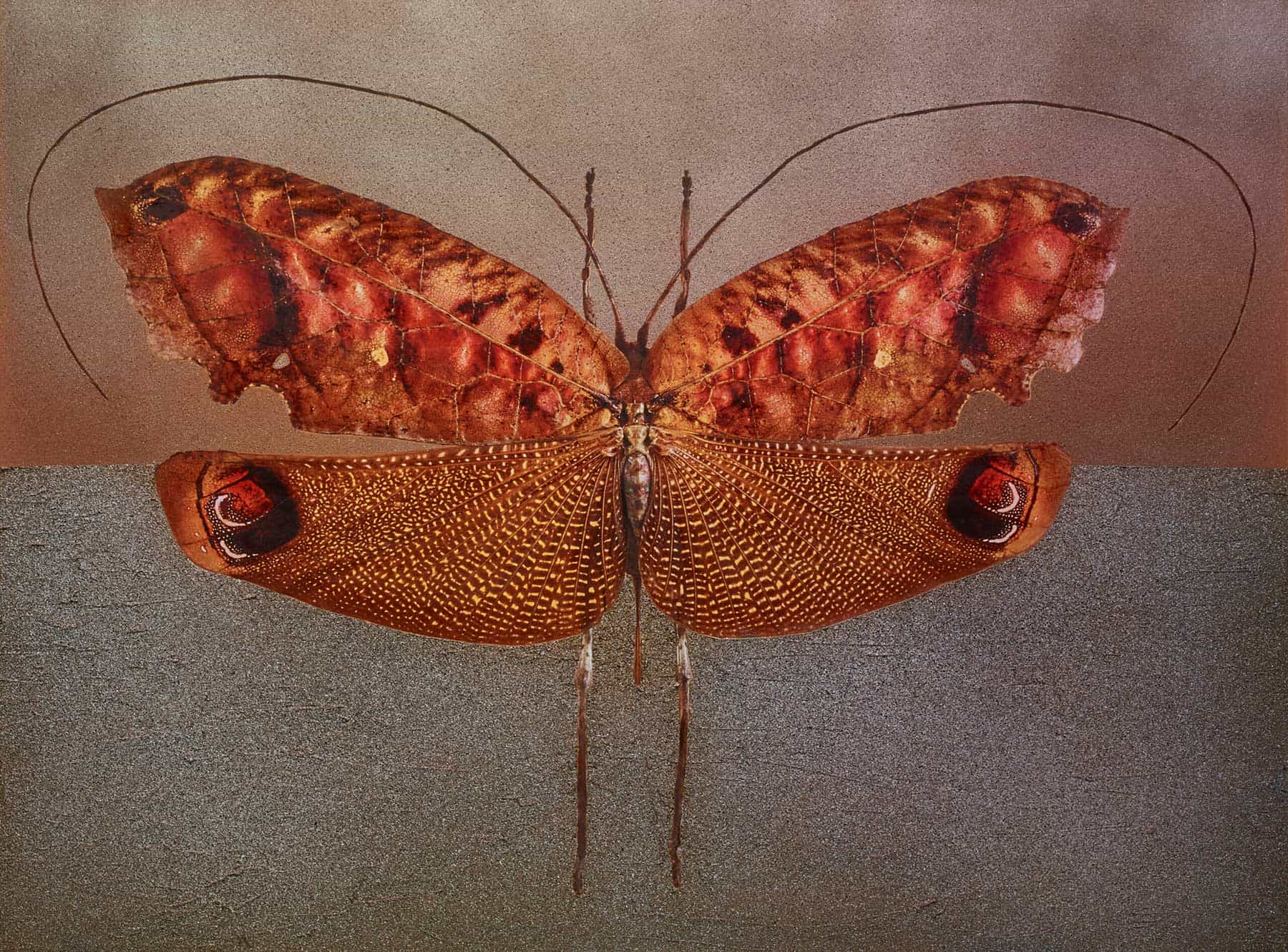 The eyes of the leaf-like katydid or peacock katydid as it’s called, belong to the family of grasshopper (Tettigoniidae). It lives in decomposing foliage, in brown or withered leaves, on grey pieces of bark, or between green tufts of grass. When at rest it resembles a dead or diseased leaf. The camouflaged colours in the biodiversity repertoire are at their disposal for all floor colours or structures.

They possess a remarkable ability to transform in a response to an attack or disturbance. An example of this is when the forewings are straightened up with a scraping sound and a large pair of eyes can be seen on the higher rear wings, which irritates many predators including  reptiles, birds, bats and other small mammals, while the hind wings are folded so that the eyes match a bird's beak.

The main enemies, where the “withered leaf camouflage” or eye defence remains ineffective, are with monkeys, for example the Tamarin Monkey, which systematically search the leaf litter and prefer to eat the camouflage Katydid. The famous naturalist Carl von Linné described this camouflage as (Gryllus ocellata) as early as 1758.

There are allegedly early finds from tropical South America¸ for example in areas of Peru, Venezuela and Brazil, though today the only presumed occurrences are in Guyana and French Guyana, where the rare species is under protection.

The adult camouflaged insect is about 45mm to 65mm long. The camouflage corresponds to the colour of a wilted, dead or off-green leaf. Males and females display the same wing pattern including the large eye-spots. The antennae are unusually long, even for Tettigoniidae, and are two to three times as long as the body. The length of the antennae is probably part of a successful courtship. As soon as a female appears, the males drum their antennae, then vigorously shake their bodies to measure the rival's size and strength. If a male does not clear the field, and does not retreat, the female approaches the male and mating occurs. The pairing takes a few hours. During this time, the male produces a large white gelatinous spermatophore that contains the sperm cells inside and is attached to the female genital opening.