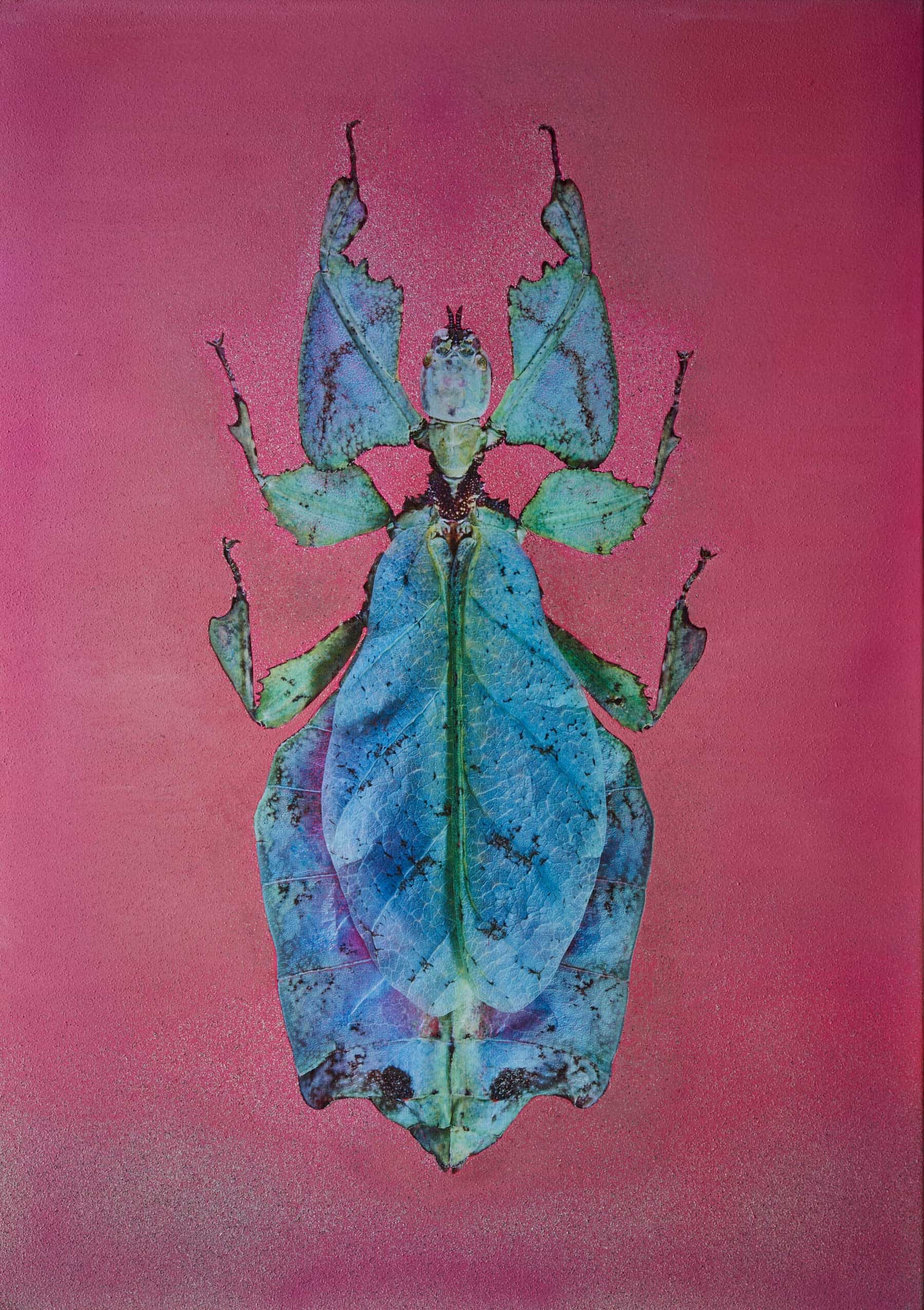 The giant walking leaf insect Phyllium gets top prize for deception and imitation in nature. Phyllium giganteum is the largest species in this genus.

The shape and size of the leaf-like widening on the limbs vary greatly in both sexes. The male leaf insect can be 95mm in length and the females up to 120mm. The males have a relatively broad, slightly diamond-shaped abdomen. Their front wings, designed as deck wings (Tegmina), are short while the hind wings reach to the end of the abdomen segment. The females have no hind wings and their fore wings are narrower and shorter than the abdomen. Eye spots are found on the fifth abdomen segment of both sexes.

Distribution and way of life:

The insects are found in the Cameron Highlands in Malaysia, where the insects can be seen on bushes. In their natural range, the animals feed on banana plants (Musaceae), mangoes (Mangifera) and guava (Psidium spp.). It is an unbelievable experience to see such a "leaf" when it is disturbed by wind or predators and how it slowly moves one leg after the other and wiggles its abdomen back and forth as if it were a plant leaf being moved by the wind. These "leaf insects" can also climb smooth leaf surfaces, even glass, without falling. During the day they hang rigid with their front legs stretched out between the leaves. They are so well camouflaged that even lizards will not notice these delicacies, even if they rest their heads close to it. They can even confuse their own species and take a bite thinking it were a leaf. Only at dusk do the animals start to nibble on the leaves.

Reproduction takes place mainly through virgin generation (parthenogenesis). Hence, males are very rare. Breeding results show a distinct gender ratio. There is one male for every 20 to 500 females. In spite of sexual reproduction, even in the wild, there is no different gender ratio of the nymphs. However, some males are sighted in natural habitats. As soon as the female is sexually mature, it begins to lay eggs after about three to four weeks. Up to five eggs are laid a day. She simply lets the eggs fall to the ground. The eggs are 8.5mm long and 4mm wide and weigh about 34 milligrams, making them the largest and "heaviest" of the Phyllium species. The life expectancy of an adult female is six to ten months. The males are adult after four moults and die after a few days or weeks.