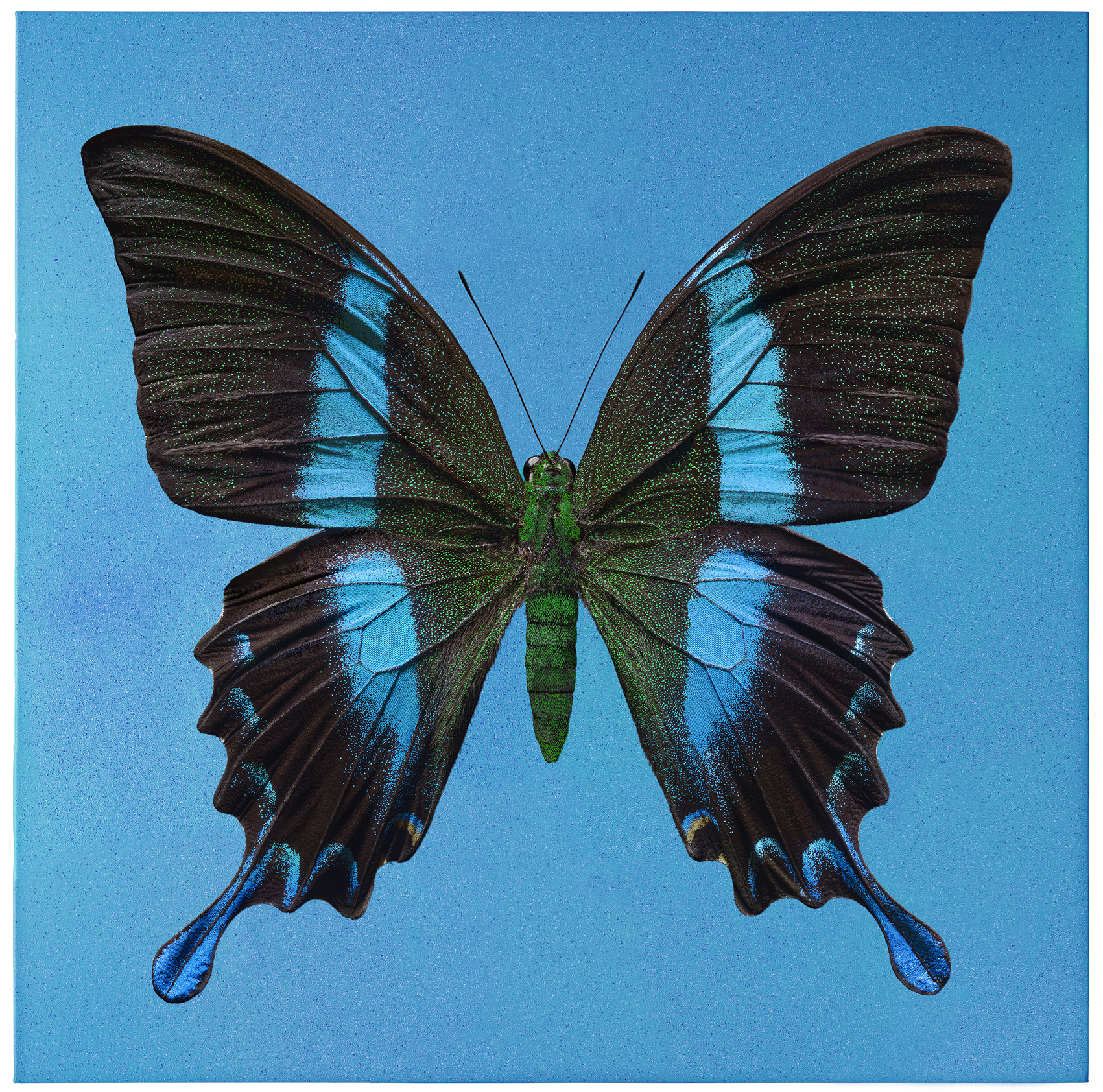 Papillio Blumei or Majestic Green Swallowtail belongs to the knight butterflies (Papillonidae) and is validated as the most beautiful sailing butterfly according to researcher Dr K. Jordan. Its beauty is illuminated by the vibrant moss green scales.

Papilio blumei was described by the French entomologist Jean Baptiste Boisduval in 1836 and named a after Carl Ludwig von Blume (1796-1862), botanist and German explorer in the Dutch service.

Papilio blumei - blumei belongs to the group of Papilio palinurus-palinurus relatives, which usually show iridescent, green bands on their wings.

There is a wide band on both wings, the colour of which varies from green to blue-violet. It stands out for its wonderful metallic sheen. Males and females are largely the same and equally impressive. The black base colour is dusted with green scales and green arch marks line the rear wing while the finger-shaped wings show a fantastic steel blue or green.

This unusual colour scheme has already inspired the bionics researchers to carry out countless studies to attempt an artificial imitation of the colourful wing scale structure. The interaction of light with surfaces that have a periodic structure in the micro and nano range, a combination of multi-layer interference, optical grids, photonic crystals and other optical structures creates a complex mixture of colours. This colour mixture, strangely enough, is seen as suitable for forgery proof objects such as bank notes and credit cards.

The majestic butterfly flies on the edges of forests and along riverbanks and also occurs in the gardens of villas being attracted to the ornamental plants such as lantana with its sweet nectar. The caterpillar feeds on Euodia and citrus plants.

Like the mountain swallowtail (papilio Ulysses) it too enjoys the water. Rather than dive in like the Ulysses, the Blumei appears to bathe in in the shallow waters of the mountain rivers. It strokes the water like a swallow then shakes itself when finished before gliding off into the air. This was observed by the biologist Mr Hauxwell.

This butterfly is protected in the Bantimurung-Bulusaraung National Park in the north of Sulawesi. However, these exquisite butterflies along with others are captured by families outside the park and sold to collectors especially traders in Japan. But sadly, due to their worldwide appeal for collectors, these butterflies are considered endangered.