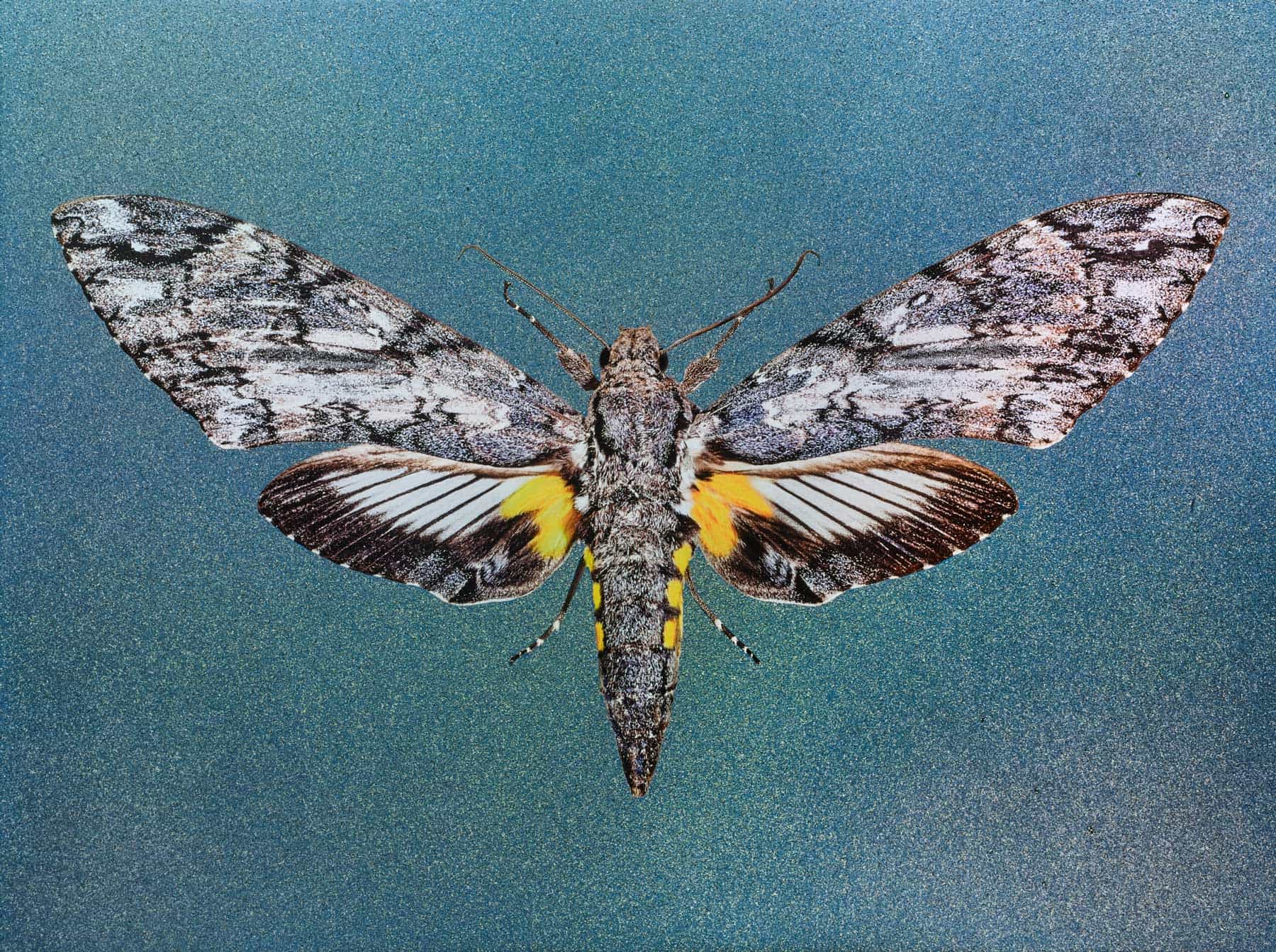 The Hawk Moth’s distribution ranges from Florida to Brazil and throughout tropical America, whilst also flying over the tropical and subtropical lowlands of Jamaica. Evidence of the species can, however, be found in the Galapagos Islands as well. The main flight time is from June to November, but in North America the moth can be observed all year round.

The flight areas of the Giant Sphinx, which flies at dusk and at night, are secluded, mysterious, and difficult to reach. These are typically swamp cypress habitats in the Everglades, as well as on the outskirts of the swamps. With its long proboscis of up to 160mm, it is able to reach the up to 170mm long nectar spur of the ghost orchid, Dendrophylax lindenii / Polyrhiza lindenii (Linden 1844), and also pollinate the flower.

Because of the impressive length of the proboscis, it is also a special pollinator of the columnar cactus Cereus fernambucensis, which is under nature protection and is protected by the Washington Convention. This columnar cactus grows on sand or partly in the up to 400 m high, very inaccessible island mountains along the east Brazilian coast.

The moths have brownish-gray, marbled forewings and are fairly constant in their colouring and pattern. The hind wings have large, transparent areas in the middle and a conspicuous, yellow spot at the base. Similar species that are occasionally found in North America are Amphonyx duponchel and, as an irregular visitor, Neococytius cluentius. The latter, with a proboscis length of 26mm, is likely to be the same as Charles Darwin’s "predicted" (Xantopan praedicta).

The 160mm long caterpillar is lime green and has a brown hawk-caterpillar horn. The pupa is mahogany brown with an attached, chitinized trunk sheath.