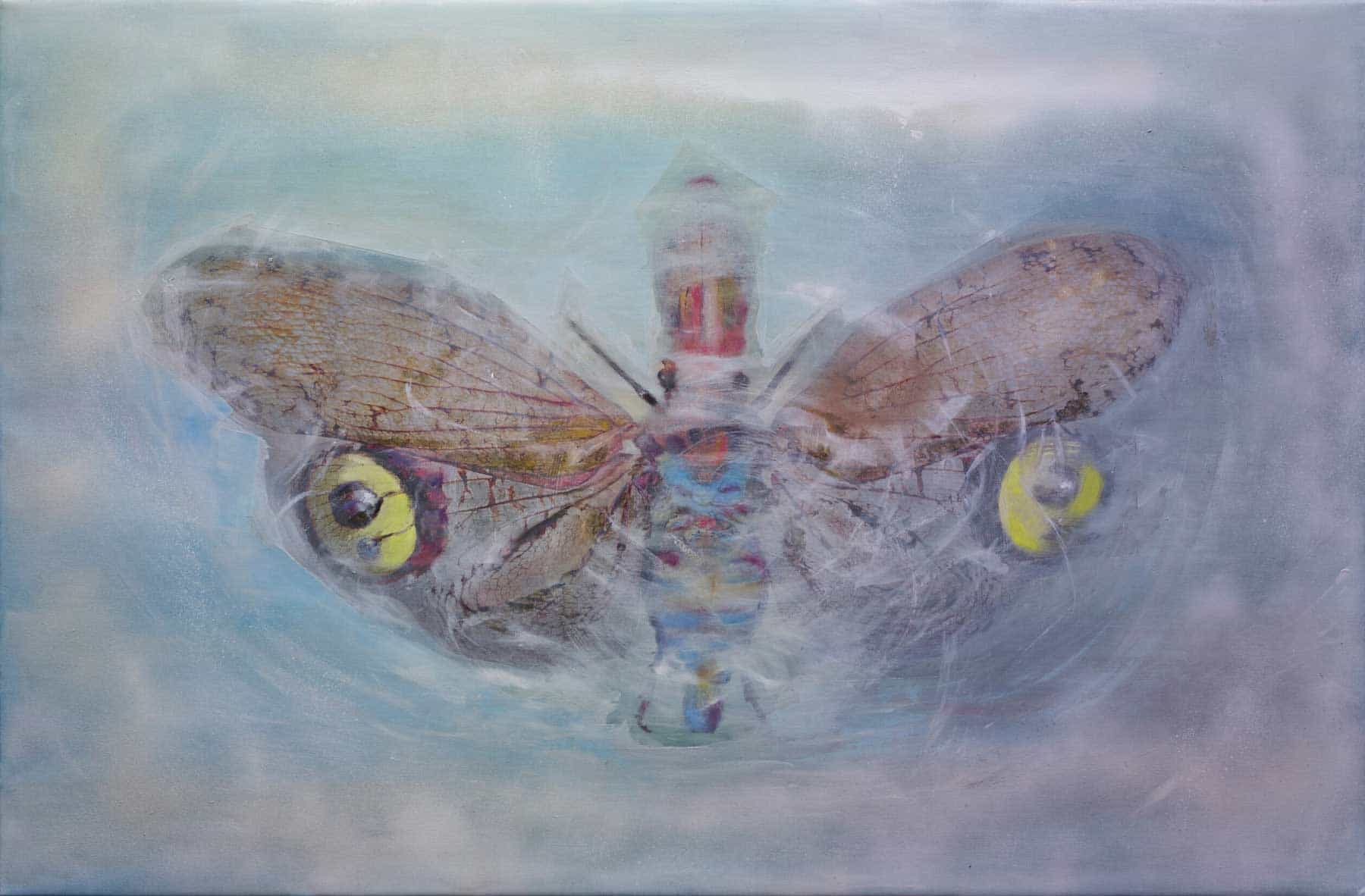 In 1681 Nehemiah Grew, who is actually considered the father of plant anatomy, took over the alleged glow from Sibylla Merian and Thomas Muffet (1634) and spread it further in his writings. This glow is demonstrably not possible because, according to a biochemical investigation, Fulgora does not have the necessary bioluminescence such as, for example, fireflies (Lampyridae). The ability to glow comes from another species of cicada, namely Lanternaria phosphorea from the Amazon forests at the eastern foot of the Andes. This species is attacked by bacteria that start to glow when rubbed. Many species of cicada live in symbiosis with fungi and bacteria. This symbiosis enables the optimal digestion of the plant sap and is essential for the insect. Another but more convincing explanation for the glow is the fact that the Chinese collect the wax secreted by young cicadas from the South and East Asian species Fulgora candelaria (candela = candle) and use it to make candles for paper lanterns.

The lantern-bearer cicada shown here is widespread in forests from Panama southwards via Brazil to Bolivia, Peru, Honduras, Guatemala and Costa Rica.

Cicadas can not only have extraordinary head shapes, but the humpback chirps surpass everything imaginable with their extraordinary morphological properties and adventurous chitin body constructions.

In Fulgora laternaria the front of the head is puffed up into a hollow peanut-sized outgrowth, which shows a presumably deterrent pattern for the predator. Set low down on both sides of the head, it draws a curved, alternating dark and light rectangle that simulates a grinning mouth full of teeth. The resemblance to the head of an alligator - albeit on a very small scale - is complemented by an eye-like “painting". When touched, the cicadas suddenly raise their forewings and show large eyes on their hind wings. Birds may be put off by this masking. The species is well known among the indigenous tribes in South America and provides many exciting stories. The idea is that a poisonous sting can kill plants, people and animals. Salvation can only be hoped for by those who have sexual intercourse within 24 hours. The Tupi-Guarani say that strongly sexually aroused men are “picado par la machaca”, meaning stung by the lantern bearer.

Despite being well known, the way of life of this species has hardly been researched. In the tropical rainforest, the species lives sucking with suckers and proboscis on trunks and in the treetops of bitter ash (Quassia / Simarouba amara), prickly ash, toothache trees (Zanthoxylon spp.), Anime or Grasshoppers trees (Hymenaea oblongifolia and H. coubaril) All trees have medically used active ingredients (alkaloids). The lantern bearer lives as well on the tree trunks together with a keel-tailed iguana (Plica plica), which in the mythology of the Tucano culture is called "Lord of the Animals" because of its unusually large red penis. Presumably the lantern bearer has this alligator head to protect against this iguana. Females stick their egg clutches to the tree species mentioned above. The Nypmphen stages remain in the parent habitats until complete development.