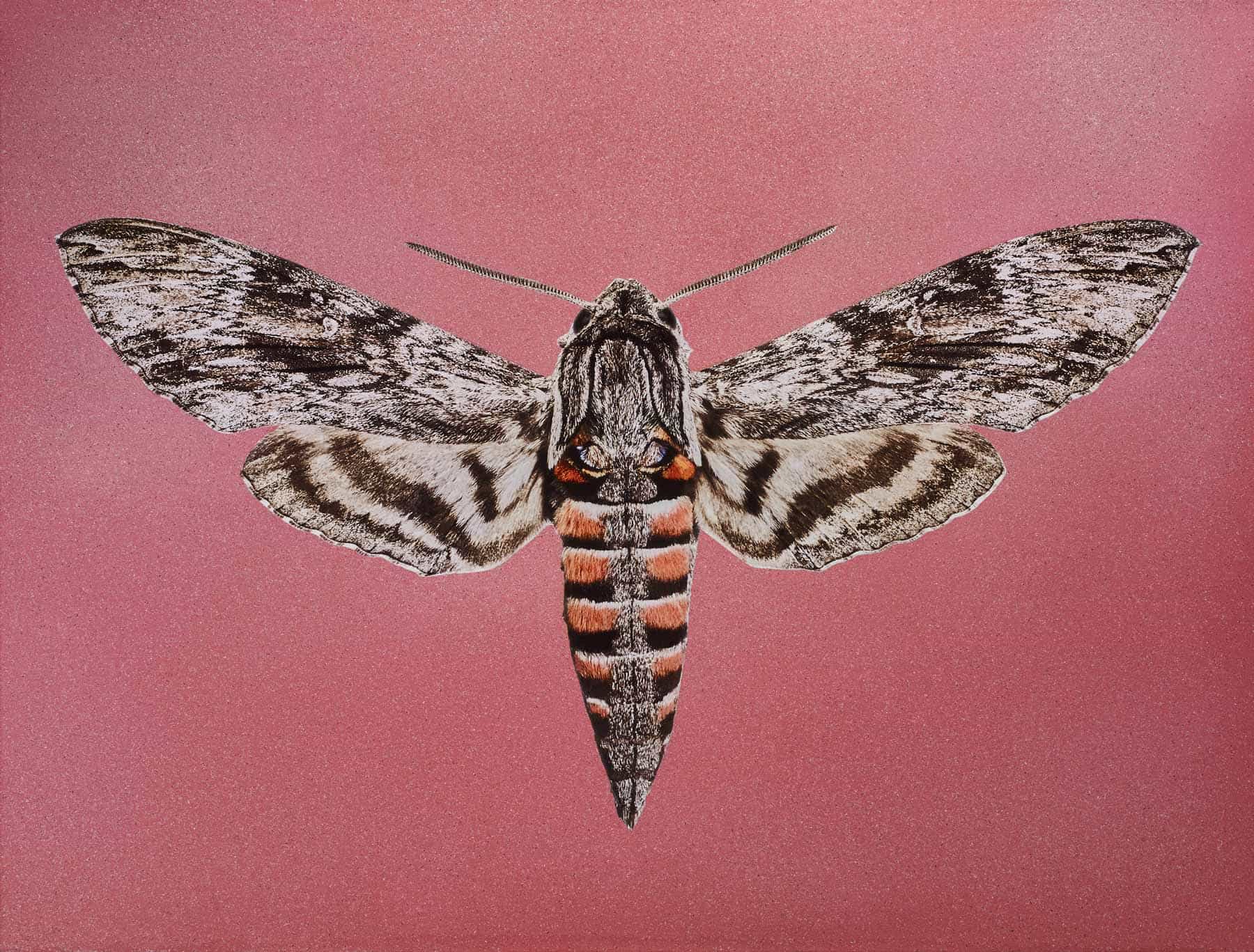 The convolvulus hawk moth is a migratory moth which, in warm years, and often in large swarms, leaves its home in Africa or the Mediterranean region at night in order to feed its offspring in Central Europe, where field bindweed has not yet dried up. In Africa, the Convolvulus hawk moth can be found on various bindweed plants such as Ipomoea species, including sweet potatoes (Batate), the fire vine (Ipomoea lobata), morning glories (Ipomoea nil, Ip. Tricolor, Ip. Purpurea) and several others in the rainy season. Sucking on nectar and the aforementioned bindweed also provide the caterpillars with food. Depending on the maturation, the females are able to lay several hundred eggs on the species of bindweed.

In Liberia in December 1986, over 10,000 hawk moths were counted resting on the walls of houses, and thus an approximate idea of the number of moths in a migrating flock was obtained. Travelling at 50 km/h with top speeds of 100 km/h, it is one of the fastest and most enduring pilots among the hawk moth species. The moths are not impressed by rain and wind and still cover record distances from North Africa or the Mediterranean to Central Europe (2700 km) or England (2900 km) with only short breaks on warm, asphalt roads. Countless resting convolvulus hawk moth are run over on these streets at night. During the flight, the butterfly develops an internal temperature of 32 ° C, so it reaches warm-blooded temperature (Breyer in Seitz 1907).

In order to be able to suck the nectar from tubular flowers of tobacco, phlox, honeysuckle, and Aztec tobacco (Nicotiana rustica), the convolvulus hawk moth has a 100-120mm long proboscis, which is unique in our European moth world. At dusk the moths “float” in front of long-tube flowers and are often mistaken for hummingbirds that have escaped. When observed in America, the moth, which normally hovers just in front of the flower, sits on the 200mm long flower tube of a recurved thorn-apple, (Datura innoxia) in order to insert the proboscis and reach the deep-lying nectar, whilst pollinating the flower at the same time.

The Convolvulus hawk moth’s wingspan has a reach of 80 to 130mm, with females usually being larger. The forewings are dark grey or grey-brownish in colour and have a dark grey-brown pattern made up of many wavy or jagged crossed-lines. The hind wings are yellowish-grey to grey in colour and have slightly curved crossed-lines. With the pattern of the forewings, the hawk moths imitate the colouring of a tree bark and are therefore difficult to detect on tree trunks.

From the 4th moult, around the beginning of August, the caterpillars seek out wasteland and root crop fields in warm areas to pupate. In doing so, they dig a 4-5 cm hole in the ground and pupate. The pupation process takes about 14 days. The pupa is red-brown and It has a long looped compartment for the developing haustellum (tongue case); it is immediately recognisable as a hawk moth. Early pupation is necessary so that the moths can fully develop before the cool weather in Central Europe comes in, and then can fly back to the south.